Prolog to the 30th JCF will start on June 26th, 2020. This will be beginning of the longest Jewish Culture Festival in its over 30-years long history: it will last from June 26th to the last day of Hanukkah in December 2020.

This year we were planning to celebrate with you our anniversary 30th edition of the Jewish Culture Festival. However Hashem had a different plan and inspired us to create something even more special for our audience, so we could celebrate that anniversary even longer, both on-line and a bit later – in Kazimierz. Despite all restrictions and social isolation, we could be together and celebrate contemporary Jewish culture during Prolog 30th JCF.

Out of almost 100 events that we were originally planning to organize this summer in Kazimierz, we chose more than 60, that will be held between June and July this year and will prepare you for a great anniversary celebration in 2021.

Prolog  will be held under the title of 30th JCF: the Fire. We will light this fire step by step, so that it bursts with its entire beauty and warmth next year in June. We will start Prolog with numerous events on-line, since this is what is possible in current sanitary situation. But we hope in the autumn we will meet with all of you in Cheder and other festival venues in Kazimierz and beyond. Festival of Light – a culmination of grand finale of Prolog – will be held during beautiful and symbolical holidays of Hanukkah.

Opening concert of the Prolog – under the title Sparks of Festival Fire – will be an extraordinary opportunity to meet with numerous artists that we hosted during past 29 editions of the festival. We asked them to record special videos for you – with their favorite songs, that you know from their performances during the JCF but some of them prepared premiere performances of their new songs. During this concert Janusz Makuch will also speak with them about their Krakow Jewish Culture Festival experience.  Let’s celebrate the opening of Prolog together with world premiere of the new clip by Kutiman, as well as special songs by Daniel Kahn, Diwan Saz, Ori Alboher, Cantor Yaakov Lemmer, cantor Israel Nachman, Frank London, Lola Marsh, Shofar, MLDVA, Shai Tsabari, Malox, Gili Yalo, David Krakauer, Piyut Ensemble as well as Bester Quartet with Grażyna Auguścik.

In the first part of Prolog (between June 26th and July 5th) you will also have a chance to listen to lectures by Yossi Klein Halevi, Edwin Seroussi, Rabbi Boaz Pash, toparticipate in Yiddish singing workshops with Jeff Warschauer, as well as to dance during DJ-parties with ISraeli Beatfoot and – of course – your favorite Teder.fm, who will throw a special party for you with Khen Elmaleh and Shiwa Biwa!

On July 5th you can expect a special surprise: a concert that Frank London recorded especially for us in this difficult time for all of us and even harder for America. On the roof in Manhattan, NY, under surveillance of police helicopters, echoed with noises of the BLM demonstrations below, together with Eleonora Reissa, Lorin Sklamberg, Joshua Nelson, Sara Gordon, he performed the most beautiful Jewish songs, that in that special context as as strong as protest songs performed some 50 years ago by Nina Simon on the stage built of empty coffins.

In autumn and early winter you will have a chance to participate in numerous literary meetings, workshops, guided tours, multimedia art installations, workshops (including those for children and senior citizens) but also – a world premiere of the recent CD with Bajgelsman music recorded by Bester Quartet with Grażyna Auguścik, Dorota Miśkiewicz and Jorgos Skolias and klezmer concert performed by David Krakauer and Sejny Theatre Klezmer Orchestra.

Join us for this longest Jewish Culture Festival ever!

Organized in partnership with Małopolska Region

All events of Prolog 30th JCF will be available free on-line: on festival website, on Facebook fan page, and YouTube channel, where they will be also available in unlimited time and for free so you can repeat again and again your festival experience.

Current information are also available on Instagram, and playlists created by festival staff and artists are ready for you on Spotify.

Prolog to the 30th JCF

Anniversary 30th edition of the JCF will be held in the summer of 2021, but in just few weeks, on June 26th, 2020 we will start Prolog to the 30th JCF – it will be the longest festival in its over 30 years long history: will last until December 2020! At the beginning you will participate in on-line events only, but we hope that during grand finale of the Prolog, scheduled for Hanukkah, we all will be able to meet during festival events in Kazimierz.

Details of the program events will be announced shortly on our website, as well as in social media and in the app for smartphones available very soon!

All materials for media will also be published in our Press room in the coming days.

Join us for the longest Jewish Culture Festival ever! 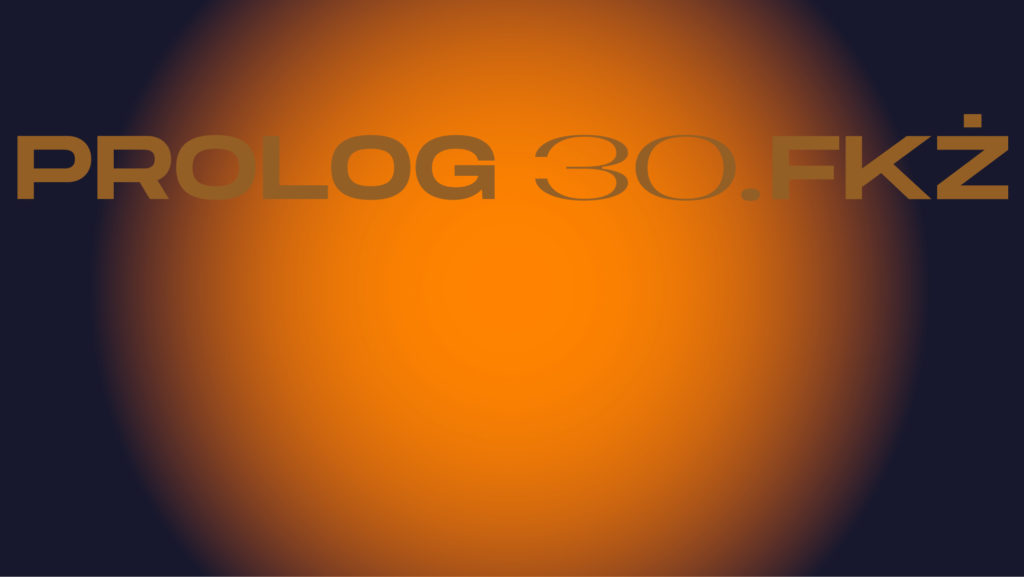 30th Jewish Culture Festival has been postponed to 2021

Due to the pandemic situation, Jewish Culture Festival Society has decided not to held 30th edition of the JCF this year. It will take place in 2021, the exact dates will be announced in a later date, once the situation is clear enough to make responsible decision.

We are planning to held some festival events in the second half of the year, hoping that by that time we will get back to normality. You may follow us on Facebook, where you can find update information about our plans as well as a lot of archival materials from the past editions.

Please stay safe and stay with us!

Please watch and read a message from Janusz Makuch, founder and director of the Jewish Culture Festival.

Accreditations to the JCF

Jewish Culture Festival in Krakow is an unique opportunity to explore and experience contemporary Jewish culture from Israel and the Jewish Diaspora. It is also an opportunity to personally met those who create it: artists, writers, instructors, politicians – from all around the globe, representing diversified Jewish world.

We invite you to participate in our festival – fore media representatives we have free accreditation passes, that provide you free entrance to all festival events, free access to photographs from the festival as well as a chance for interviews and meetings with artists and other festival guests.

For conditions of accreditation please see the information under the link above. You need to send filled Accreditation Form available under that link to our office maximum 2 weeks before the festival.

Logo of the Jewish Culture Festival was designed by the Studio Otwarte.

photos of the JCF

Films about the JCF as well as short videos and recording of concerts are available on festival channel on YouTube and Vimeo. If you need high resolution of any of those footage, please contact us.

Festival posters are designed since 2013 by the Studio Otwarte. Before that date, every year they were designed by a different artist, including (among others):  Richard Horowitz, Rafał Olbiński, Hakobo, Janusz Dudziński, Piotr Kunce, Witold Siemaszkiewicz, Oded Ezer.

Reports from the previous editions

On our website you will find reports from few of the previous editions of the Jewish Culture Festival. If you need reports or information from other editions, please contact the festival office.

Reports from the past editions