Kutiman's video 'Thru Krakow' is a unique portrait of the Jewish Culture Festival, Kazimierz and Kraków - as seen by young Israeli artist and in very innovative form.

In June 2012 Kutiman came to Krakow for the 22nd festival. The timing of the visit was not random: during the festival one can meet here, in Kazimierz, the most eminent artists and guests from all around the globe, who make Krakow a center of multicultural world. Jewish heart of Kraków beats again. Uniqueness of our city is seenas good, as in any other time of the year. That was really a perfect and natural time for Kutiman to come and film.

Kutiman gave the invited artists an absolute freedom. He only told them a key so they all tune in and let them to improvize with their instrument or voice. After few months of editing, Kutiman created not only the unique video clip, but also a unique music piece – that could only be born in a head of a genius!

The result is really overwhelming. It also expresses emotions and feelings of Kutiman himself, for whom the visit in Krakow’s Kazimierz was very strong personal experience.

This is a second film Kutiman created in his ‘Thru City’ series. It was inaugurated with the video presenting Jerusalem and afterwards Kuti showed also Tokyo, New York and Tel Aviv. We are definitely in a good company!

Kutiman is a multi-instrumentalist, composer, producer, musician and video artist.

Project ‘Thru-You’ (2009) has been a turning point in his carrier. In this project he mixed dozens od amateur musical clips he found on YouTube into one new tune and video. Until now the clip was played more than 1 million times and was acclaimed by critics all around the globe. ‘Time Magazine’ included this project to its list of 50 most important achievements of 2009.

In 2010 Kutiman was invited to the exclusive project ‘YouTube Play’ in New York’s Guggenheim Museum. In this project Kutiman mixed with a great success compositions of Johannes Brahms. 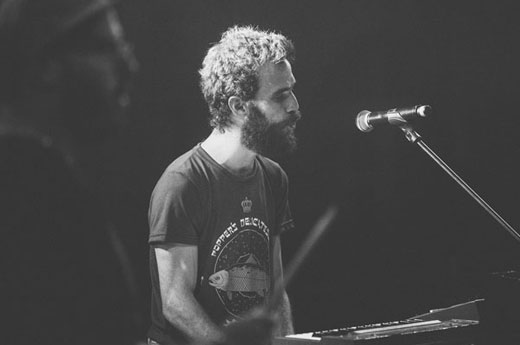 Artists invited to the project by Kutiman.